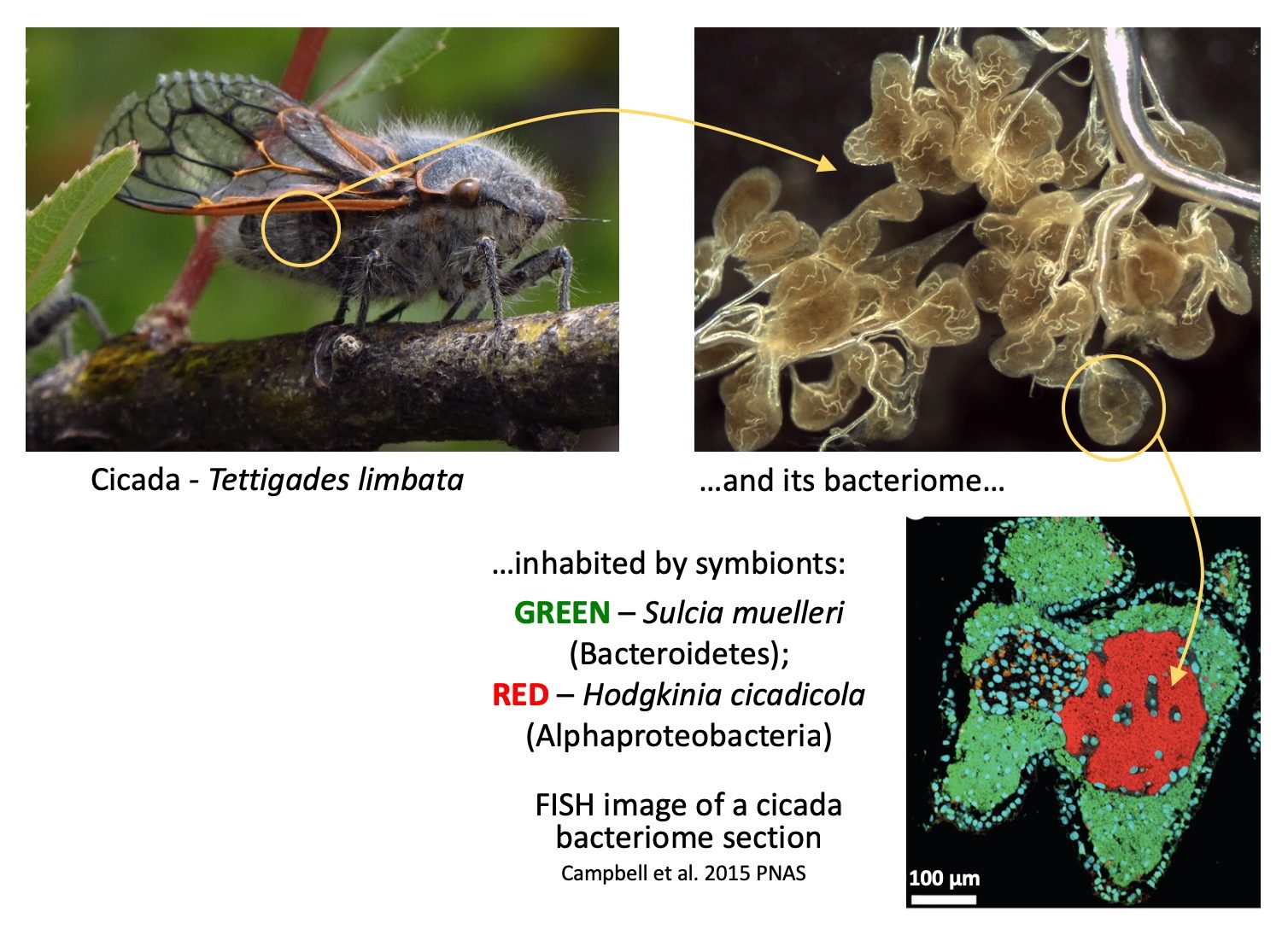 Insects from the hemipteran clade Auchenorrhyncha, comprising cicadas, spittlebugs, leafhoppers, treehoppers, and planthoppers, host some of the most specialized known microbial endosymbionts. These microbes produce essential amino acids and vitamins deficient in the hosts’ diet of plant sap and are therefore strictly necessary to the insects. The symbionts have been reliably transmitted from mothers to offspring, for a very long time – as much as 300 million years in some cases. During that time, they have become strictly dependent on the insect hosts, losing up to about 98% of their original gene set which results in the smallest known bacterial genomes. But in many lineages of Auchenorrhyncha, these ancient symbionts have became replaced or complemented by other microorganisms: bacteria and fungi.

We are conducting next generation sequencing-based surveys of symbiotic microbes in an extensive collection of Auchenorrhyncha from around the world, followed by detailed phylogenomic and comparative genomic analyses of host and symbiont data. This collaborative work, expanding upon Piotr Lukasik's postdoctoral research on symbioses in one of Auchenorrhynchan clades (cicadas), will result in a thorough description of evolutionary processes related to eukaryotic symbioses: infection, co-diversification, genome reduction, and replacement. It will also provide vast amount of information on other aspects of biology of this significant insect clade. 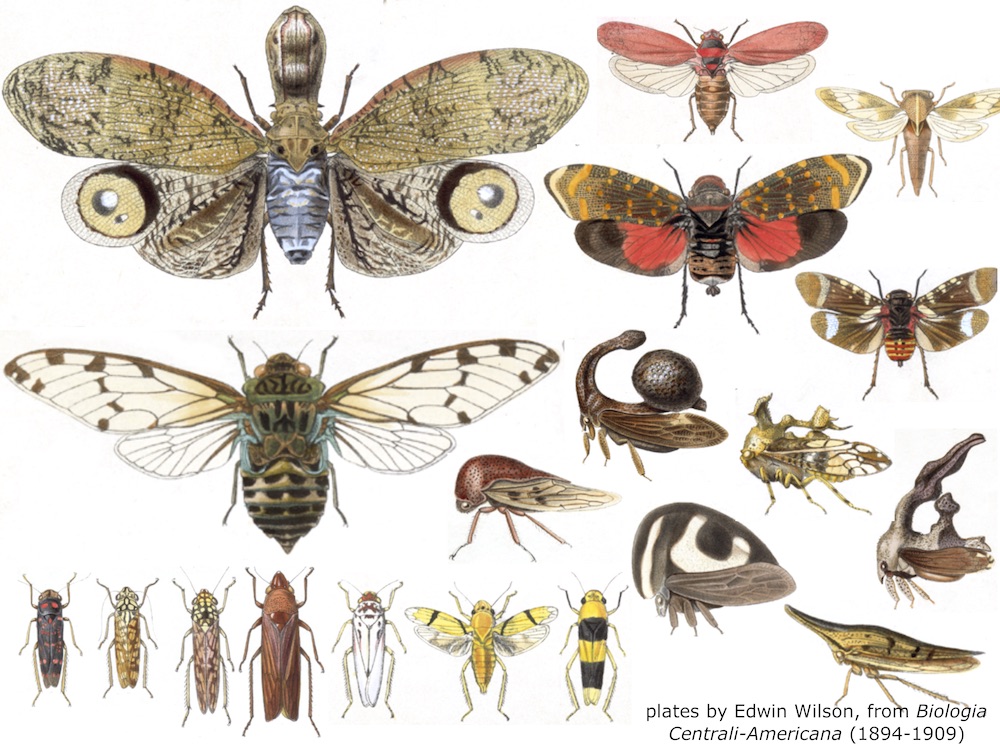 These Central American Auchenorrhyncha demonstrate just some of the morphological and functional diversity of that important insect group. However, their symbioses are much more diverse!