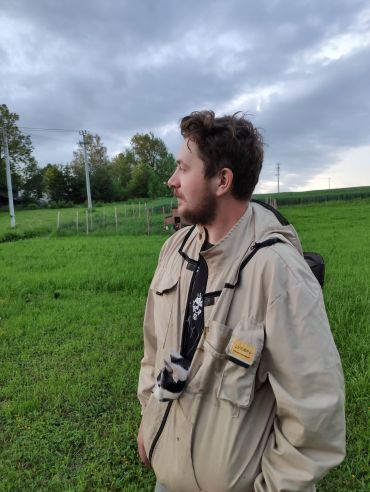 As usual in nature, it all started with sex. More specifically, in the case of my research career in sexual selection of the bulb mites (Rhizoglyphus robinii). These mites have developed alternative mating tactics: males may be fighting or scrambler. In my bachelor thesis, I investigated whether there is a correlation between male morph and female’s preferences. Then, as part of my master's thesis, I designed and tested microsatellite markers for this species. During my master studies I became fascinated with molecular tools. I found a perfect place for both of my previous scientific passions: sexual selection and molecular techniques in a research project which developed into my doctoral dissertation. In which I studied the interactions between beetles and endosymbiotic bacteria (mainly Wolbachia). It was then that I learned how complicated the relationship between the microbiome and the hosts can be.

Currently, I am a postdoc in the Symbiosis Evolution Group. I am developing bioinformatics tools to effectively analyse a large number of samples in terms of the composition of the microbiome and its changes over time and space. In the near future, I plan to investigate how the global warming that we can observe over the past decades has influenced the changes in the microbiome in entire insect communities.